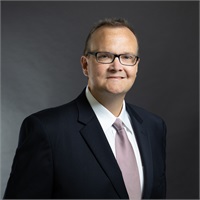 Stephen began his insurance career in 1999 following his graduation from the University of Florida.  During his 20+ years in the industry, he has focused exclusively on the placement of Commercial Insurance in the State of Florida.  After spending 10 years with a large independent agency in St. Petersburg, Stephen moved his family to Naples in 2009 to join a local agency where he continued to expand his product knowledge receiving his CIC designation in 2009 and his CPCU designation in 2012.  Stephen’s approach to insurance placement begins with a thorough exposure analysis.  Every business has unique needs and Stephen has the experience and ability to review and offer customized coverage for the various risks in their operations.  When the need arises, Stephen and his team can assist with navigating the claims process to minimize the disruption of business operations.  Stephen is the proud father of two daughters, Raley and Harper and he is an avid supporter of the Cystic Fibrosis Foundation.